So You Want The Expat Life? How to Move to Another Country

Ready to move to another country? Whether you’re set on adventure, seeking opportunity, taking in the culture, or following your heart, here’s the 411.

Maybe you’ve had it with the political situation. Or, perhaps, you think that if you move to another country it will heal your broken heart. Have an interesting idea for starting a business overseas? Maybe you’ve always felt you belonged somewhere else. Or maybe you’re just looking for an adventure living abroad.

The first thing you’ll need to do is get your paperwork in order.

How to Move to Another Country: Start with Getting Your Paperwork in Order

If you’re moving to another country, and plan to stay longer than a few months, you will probably need a visa. As The Spruce explains, many types of visas must be acquired before you leave the United States. It’s important to know exactly what kind of visa you’ll need, and to follow the application instructions to the letter — otherwise, you may be denied. The best source of information about visa requirements is the website of the government of your target country.

If you have a job offer from an employer in-country, they will often help you with sponsorship, permits, and visas. Many countries also offer unsponsored visas for skilled workers in certain professions, such as healthcare and technology. But if you’re thinking you’ll just land in a country, get a job in a restaurant or shop, and start your new life, think again. You can move to another country, but that doesn’t mean you can earn a living. Certain kinds of visas allow you to work. Others are specifically for workers. Many kinds of visas, such as tourist visas, strictly prohibit employment. And certain kinds of visas—such as those for retirees and dependent spouses—can come with a hefty financial requirement–$20,000 or more.

Finally, although many countries have excellent public services, few offer those services to visitors. If they do—for example, most visa-holders in Britain have access to the NHS—then those services must be pre-paid. 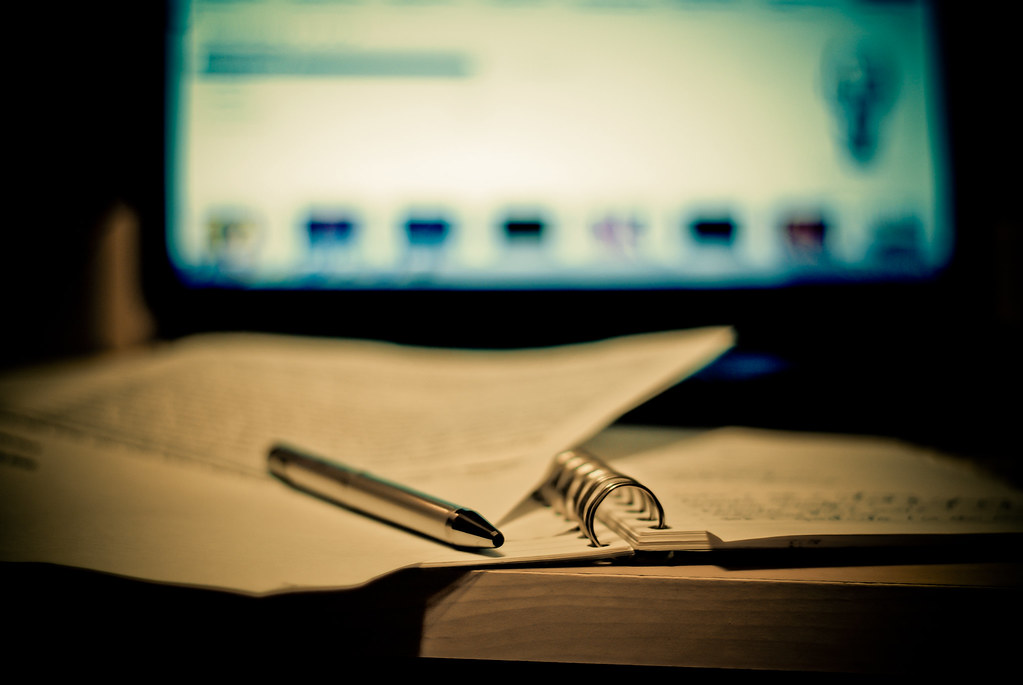 Before you start checking airplane ticket prices, ask yourself the following questions:

Your first decision is how long you’re planning to stay in your new home. Becoming a legal resident is a temporary solution. However, it’s often much easier than pursuing full citizenship. And gaining residency is often the first step toward citizenship. If you’re convinced that you want to become a full citizen of your new country, you can do that, too. But you have to do your research. The rules and requirements are different for residency and citizenship, but bureaucracy is the same the world over. You have to know what to do, you have to do it well, and you have to file your paperwork properly and on time.

The Easiest Countries to Move to

When you are considering moving to another country, language matters. The best countries for Americans to move to, if they don’t speak another language, are, obviously, other English-speaking countries. Here are four, in descending order of ease with which an American can establish herself or himself there. 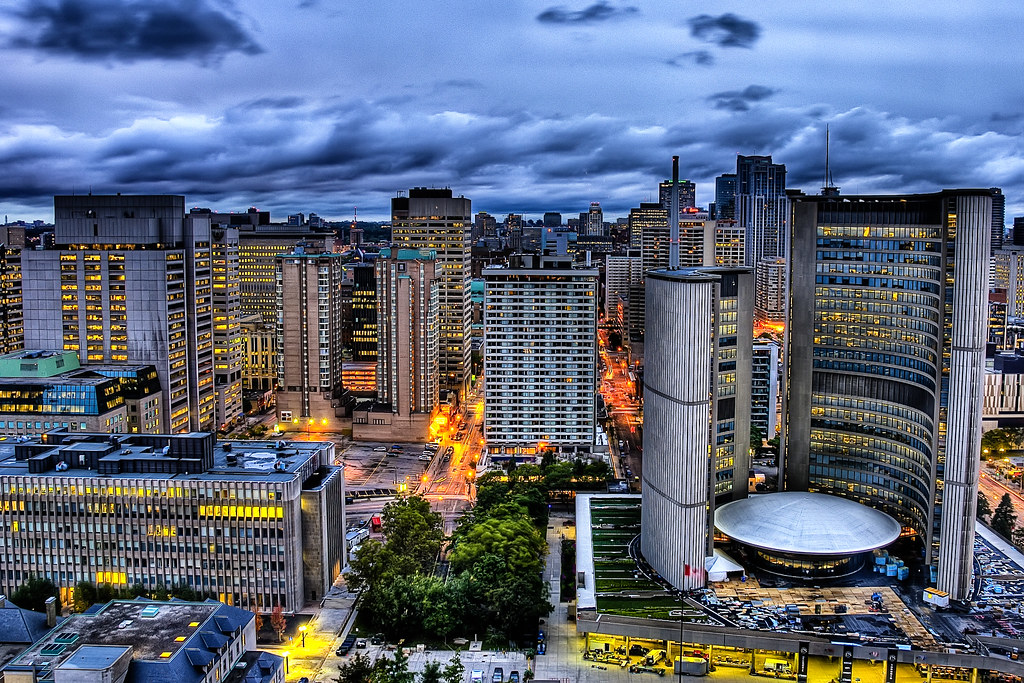 Residency: In my opinion, Canada is probably the best country to move to. There are numerous immigration schemes, and chances are, you’ll qualify for at least one. Canada needs caregivers, for example. A U.S. passport holder who has worked as a caregiver in Canada can qualify for permanent residency pretty easily. Other kinds of skilled workers can qualify for express residency. If you’ve attended university in Canada and wish to live in New Brunswick, Prince Edward Island, Nova Scotia, or Newfoundland and Labrador, you can also qualify for residency.

When planning to move to another country, having a way to support yourself helps. Self-employed people such as artists and athletes can qualify for immigration—and this is not the case in a lot of places. And of course investors, business-owners, and family members of Canadian citizens are always welcome. There are a lot of programs, and they all have different requirements, so check the details carefully.

Citizenship: Becoming a Canadian citizen is more difficult. Once you’ve established residency, citizenship is a five-year (or more) process, with requirements for income tax filing, time spent in-country, and proof of both language skills and knowledge of Canada.

Australia’s also among the easiest countries move to for a U.S. citizen. 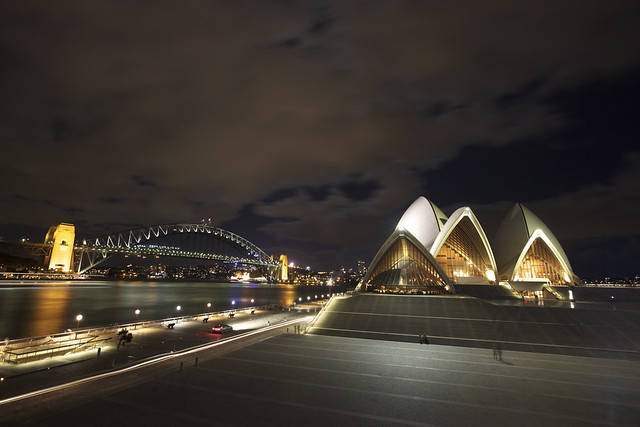 Residency: Australia is another one of the best countries for Americans to move to. The Australian government offers temporary visas for students, sponsored workers, and tourists. Permanent residency is not as easy to achieve as it is in Canada, but it’s substantially easier than in Britain. It can be expensive ($2000-$4000 USD) but, unlike in Britain, there is no five-year waiting period before you can even apply. Australia grants permanent residency to spouses and partners of Australian and New Zealand citizens, investors who have held an investment of $1.15 million in Australia for four years, workers under the age of 45 with certain skills, dependent relatives, and certain qualified others.

Citizenship: People who have been granted permanent residency can apply for citizenship after four years of living in Australia as a permanent resident. For more information, you can check the website of the Australian immigration authority. 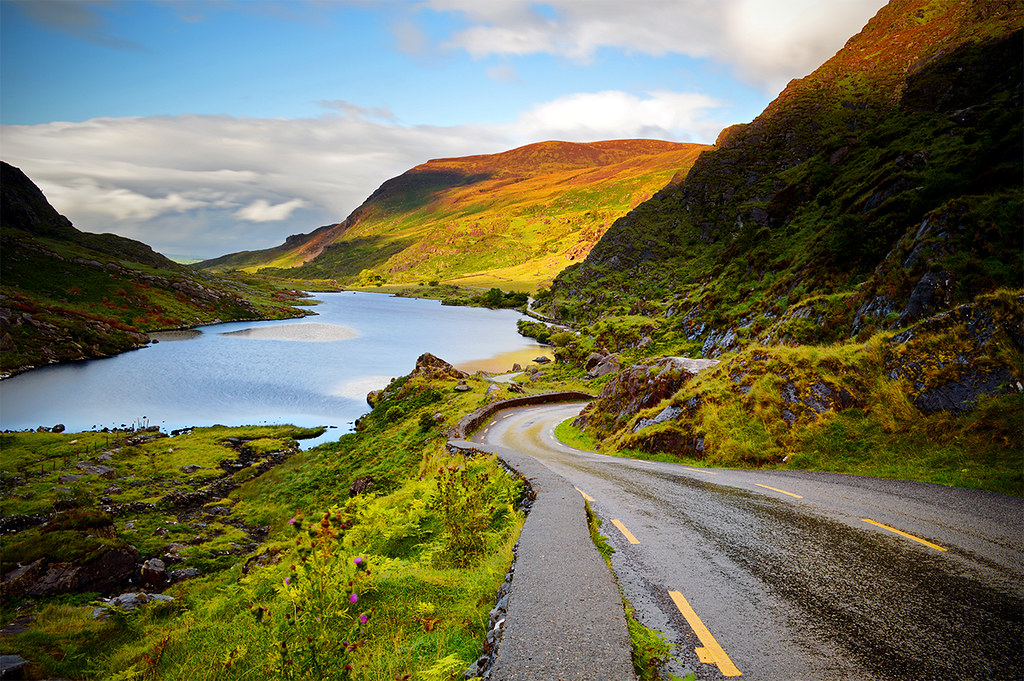 Residency: U.S. Passport holders are allowed to stay in Ireland for three months before having to apply for a Certificate of Registration. Certain certificates allow work; others require a separate work permit. People who have lived in Ireland for five years may apply for a long-term residence permit. Legal residents with eight or more years in Ireland may apply for permanent residency.

Ireland offers residence visas to the following groups of people: employment permit holders, business permit holders, inventors and entrepreneurs, full-time students in eligible programs, spouses or partners of Irish nationals, and retirees. Please note that some of these visas come with stiff financial requirements. People of independent means, for example retirees, are required to demonstrate an annual income of €50,000 (around $58,047 USD).

Citizenship: Ireland is one of the easiest countries to immigrate to, if you are of Irish descent. Ireland offers citizenship to anyone with a parent or grandparent born in Ireland, and many Irish Americans have already taken advantage of this. If you have one parent born in Ireland, you are automatically a citizen. Spouses of Irish citizens are eligible for citizenship, as are people who have been resident in Ireland steadily for one year before application, and for four out of the previous eight years before that. For details, check the website of the Irish government.

Living abroad in the U.K.’s also a solid option. 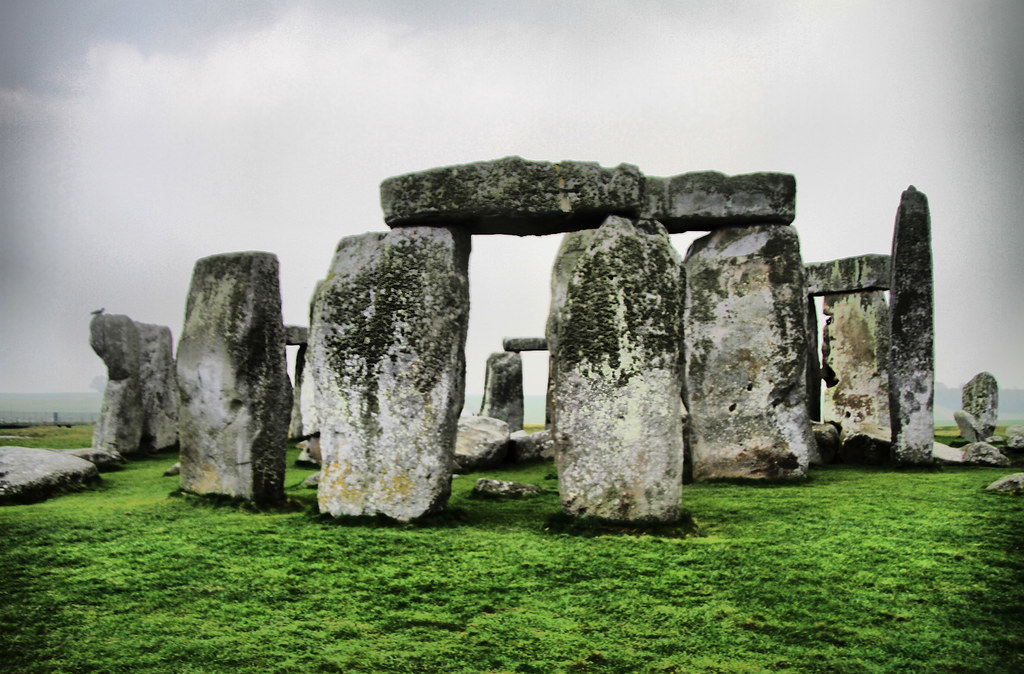 Residency: An American can stay in Britain for six months without a visa. After that, Britain offers settlement visas for spouses, partners and certain family members of UK citizens; students, refugees, and sponsored workers. Certain visas come with a financial requirement—that is, you must prove that you have enough money (around $20,000) to support yourself for one year. You will not have access to public benefits. You will also have to pay an NHS surcharge, whether or not you plan to use the National Health Service. To see if you qualify for a UK settlement visa, you can visit the UK Government website. 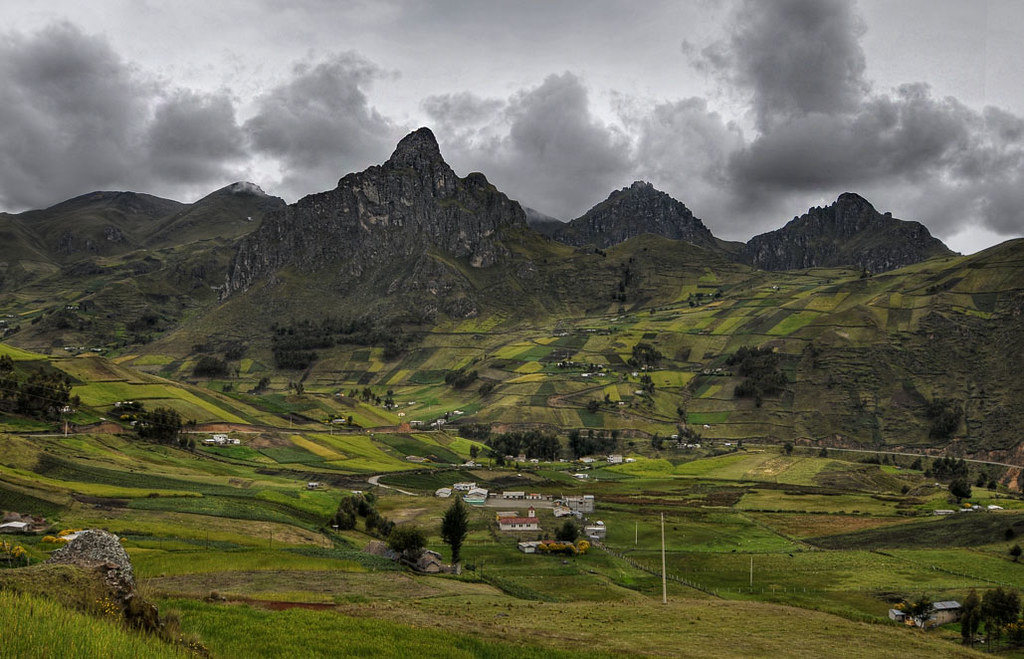 Central and South America: Many countries in Central and South America are among the easiest countries to immigrate to. Several offer citizenship through investment—or sometimes simply by filling out the right paperwork. Processing times are fast, and financial requirements—if any—tend to be quite reasonable. Many of these countries have excellent healthcare systems, fantastic climates, and great standards of living at low prices. Some of the easiest countries in which to establish residency include Paraguay, Uruguay, Panama and Nicaragua.

How to Move to Another Country: Planning Ahead

The most important thing you can do is plan ahead. A year or more ahead. Know where you’re going, how you’re going to get there, and how you’re going to support yourself once you’re living abroad. Start the immigration process—passports, visas, documentation. Know that this can take several months. If you’re traveling with family members, make sure their documents are also in order.

If you have children, figure out their school options, and the process and timeline for registration. This process may take up to a year. If your children will be attending public schools, this will likely dictate where you will live, and how much money you will need to establish yourselves there.

Do not depend on your American credit rating for a mortgage or other loans. In many countries, like Britain, if you have no credit history in that country, then you have no credit history. It may be very difficult, therefore, to get a mortgage or even a rental agreement. Keep your American credit cards—even with foreign transaction fees, it will be worth it in an emergency—and try to have plenty of cash on hand.

Relocating Yourself and Your Pets 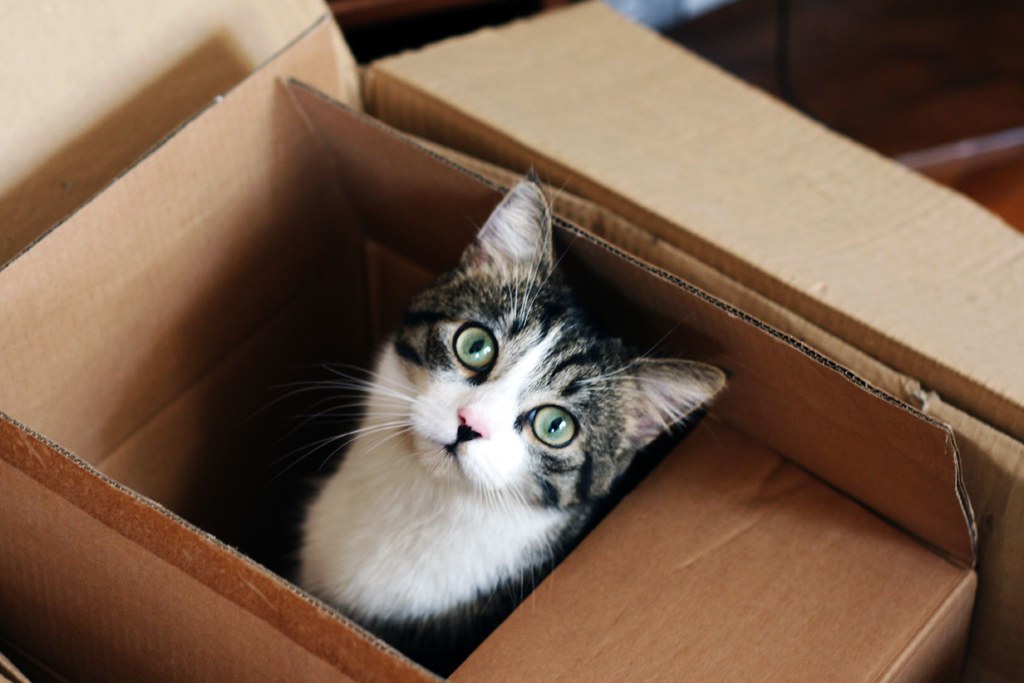 Start weeding out your possessions. Do it now, and do it ruthlessly. It’s staggeringly expensive to ship things abroad, and chances are, with few exceptions, if you really need something, you’ll be able to buy it again when you arrive. This goes double for electronic appliances, which will require not just plug adapters but expensive transformers to work with local currents. If you’re moving an entire household, consider using an international shipping company.

Different countries have different requirements for importing pets. The requirements are detailed, tedious, and nerve-wracking. If that’s not enough, failure to fulfill these requirements to the letter will result in your pet being denied entry. If you wish to take your pets overseas, your best bet is a professional pet transport company. Not only do these companies take care of all of the paperwork, but many of them also run charter pet flights—rather than sticking Fido or Fluffy in the cargo hold.  The International Pet Transport Association can help you to find a reputable shipper to work within your budget. The USDA website has detailed information about the requirements for importing your pets to different countries.

You can do this!

Daunting? Yes! Stressful? You can’t imagine! But is it worth it to pick up your entire family and decamp to another country? If you do it right, and with your eyes open, it certainly can be. My family—two adults, two children, and a cat and a dog—emigrated from the United States to Scotland, and we have yet to have a moment’s regret. Emigration is nothing to undertake lightly, but if you plan ahead, have your papers in order, and have some idea what you’re getting into, it could be the greatest adventure you’ll ever have.